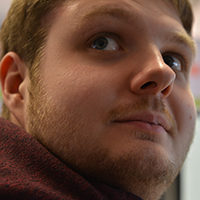 I’ve been at Codeweavers for just over a year now, and working on recruitment for around 6 months. I probably have more experience applying for jobs than I do hiring for them, but let’s just say that makes me well rounded! Seeing things from both sides has cemented my belief that most companies are doing recruitment wrong (and not just because they didn’t hire me; I'm not bitter, I promise!).

Please take everything I say here with a pretty hefty pinch of salt (and, by the way, if you’re checking this out just before coming in for an interview here, I’m afraid that there aren’t going to be any super secret tips, although telling me that this was well written may earn you some brownie points and boost my self-esteem!), but without further ado, let's get down to the basics.

What do you want to get out of an interview?

As an interviewer, you’ll hopefully want to find out if the candidate is competent and whether they’d fit in with the rest of the team. Far too many interviewers are missing the point entirely: being good at an interview does not mean they’ll be good at the job.

Have you considered why you’re interviewing someone? The 4 questions below are what I’d be looking for answers for out of the process. Depending on your organisation you’ll rate each of these questions very differently.

Have they got the skills?

The course content of qualifications can be very different to what is actually a part of the day to day responsibilities of a job role. For some roles we have an online skills test which gives us a more solid and comparable understanding of a candidate's ability. This is paired with the skills and experience stated in their CV to help decide whether we should move onto the next step.

It’s also important to make sure the tests, tasks or whatever you decide to use are relevant and actually reflect the work the role involves. For instance, when we run our group interviews, we’ll ask candidates to work in pairs to build a bridge. We aren’t looking to hire a software developer based on their ability to tie some lollipop sticks together with fancy knots. We’re seeing how people tackle problems and their ability to work with others, which is especially meaningful with how vital pairing is to us.

Is this the best place for them?

The other three questions are harder to judge, as they all revolve around the candidate's personality. It’s a very grey area and difficult to get right, as it’s virtually impossible to be certain that a candidate will be a perfect fit for the company. Trying to replicate the feel of the company within the interview is a great way of judging how well someone will settle in.

Codeweavers is a remarkably laid back place to work. It’s not much use having an interrogation-like interview when your working environment is so relaxed. However, If you’re interviewing candidates to join a bomb disposal team, for example, making sure they can handle a bit of stress may not be such a bad thing.

What do they value?

Think about what you’re asking during the interview. Are you actually learning anything about the candidate or just falling into the same long list of classic interview questions that they’ll have a well-rehearsed answer for? All these questions prove is that they’ve bothered to prepare. Don’t get me wrong, knowing the interviewee has made an effort is great, but you don’t really learn anything about their personality through doing that. Honesty is one of our core values so I try to ask questions that promote this. I’d much rather hear an honest, impromptu reason behind a decision a candidate has made right there in the interview, than one they’d been rehearsing in the mirror all morning.

A candidate may have a great looking CV and smash the technical test but neither will show how they are to work with. According to pretty much everyone’s CV they can work effectively alone or as part of a team but in a lot of cases, it's definitely not true. We’ve used group interviews and CodeKatas to try to get to the root of this because, at the end of the day, the best way of finding out what it’s like to work with someone is by doing so.

Do they care about their work?

This doesn’t matter to everyone but personally, I feel that someone who really cares about what they do can go much further than someone who’s only in it for the money. They’ll strive to improve and have a more positive work ethic than perhaps someone that has a natural talent but no real interest in what they do. I believe this is far more valuable.

To summarise, go back to the drawing board. What do you want to gain out of your interview process? There’s no harm in a bit of small talk but make sure you’re getting something out of the questions that you ask, and try to keep the process in line with your own values and culture.

Read more by Will Stemp